N/A
Butterflies are passive mobs that spawn in forested biomes.

Butterflies will aimlessly fly around in a similar manner to bats. When they spot a flower nearby, they will fly over to it and quickly pollinate it, emitting pollen particles from their bodies once they are finished. Occasionally, they will perch on the ground or on walls; upon doing so, they will stay still until a player comes by, at which point they will fly away.

Butterflies can be caught by using a glass bottle on them. Bottles with butterflies inside them have a special tooltip that indicates their variant, size, and whether or not they have collected nectar.

If a butterfly is exposed to rain, it will be unable to take to the air, helplessly flapping in place and taking damage every time a certain amount of time passes; if it was flying around before it was exposed to rain, it will slowly float down to the ground. While in the rain, butterflies will attempt to seek out shelter to protect themselves; upon finding a hiding spot, they will immediately perch. 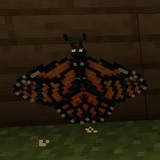 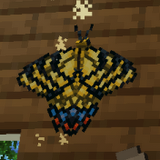 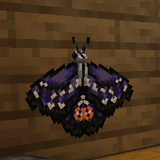 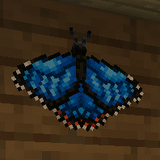 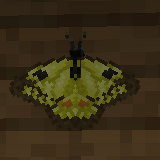 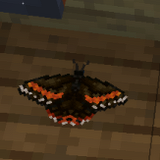